It’s a sounds a Marine who has experienced the rigors and horrors of battle might recognize, but odds are a civilian will never hear it. Above the sound of the snap and a crack of a bullet flying overhead comes the dreaded call “Doc!” Navy Corpsmen are trained medical personnel who march into combat with the United States Marines. Lovably called “Doc” by the Marines, wherever the grunts go a Doc can be found nearby.

It’s a sounds a Marine who has experienced the rigors and horrors of battle might recognize, but odds are a civilian will never hear it. Above the sound of the snap and a crack of a bullet flying overhead comes the dreaded call “Doc!” Navy Corpsmen are trained medical personnel who march into combat with the United States Marines. Lovably called “Doc” by the Marines, wherever the grunts go a Doc can be found nearby. Fortunately, this means when an enemy bullet finds its mark that trained medical personnel are on hand. Advancements in modern medical technology have drastically increased the survival rate for those wounded on the battlefield. Unfortunately for the civilian population, you have no such hope that trained medical personnel are nearby. Certainly, you might get lucky and there is indeed a doctor in the room. However, the reality is that when you find yourself or those you love fighting for their lives a cry for “Doc” is likely to come back empty. Basic first aid is a mandatory life skill for those who truly want to be prepared for what others would consider their worst day.

It Starts with Situational Awareness

If you take your average first aid class, the first step they will tell you to take in a life threatening event is to make sure the scene is safe. Docs often lack that luxury when a Marine goes down on the battlefield, but Docs still have to be situationally aware of what it going on around them. After all, if Doc gets hit then who takes care of Doc? So whether it is an active shooter scenario, natural disaster or man made mayhem, the first step of basic first aid is to take stock of what is going on around them.

If the scene is safe you then get to take stock of the situation with the wounded individual. Keep in mind, this might be yourself that we are talking about as the wounded. However, assessing the individual and gaining consent if the are conscious is key. One also has to understand and disclose one’s own abilities to the wounded. Despite what the viral commercials have taught us, just because you stayed at a Holiday Inn Express last night does not qualify you to perform a tracheotomy. If the patient is conscious to give consent or they are unconscious and unable, you now get to test your own level of preparedness. First thing’s first, point out someone in the crowd clearly and direct them to call 911. 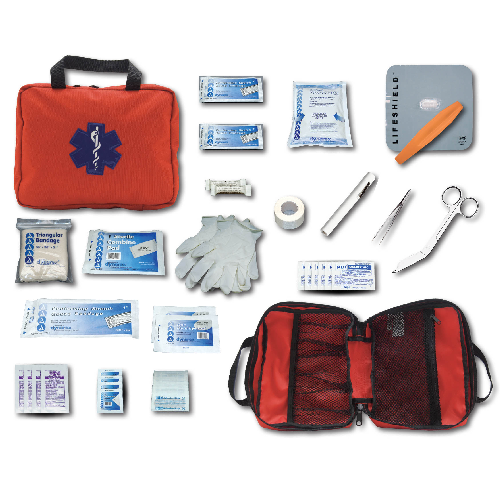 Take a look at the variety of med-kits above offered by DNA Tactical. A quick survey and you will see that there is a med-kit of every size and for every budget available for purchase. Exactly how hard would it be to always have one in your house, in your truck or even in your bag. As you begin to assess the injured you are going to want to perform a head to toe check looking for injuries. So you are also going to want to some plastic gloves on hand if possible. Universal precautions dictates that we treat every bodily fluid as if it were infected. So a slow clap to the prepared who spent $16 bucks on the Asherman Chest Seal kit below and actually has a pair of gloves on them. 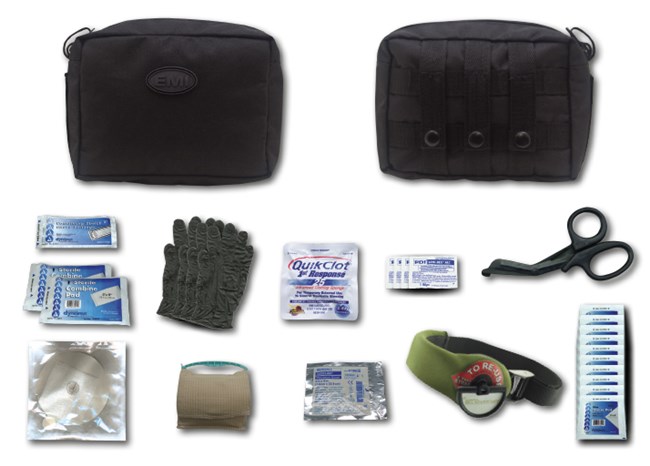 As taught to Marines for those inconvenient moments when Doc is not around, there are four life saving steps that anyone can remember. Far too many people assume a life saving moment is nothing but a CPR moment. When in reality the number of medical emergencies one might face seems endless. Step one: after you have assessed the situation and directed someone to call for help you need Stop the Bleeding! We are not talking taking the time to throw on a band-aid, but rather catastrophic life threatening bleeding. For those serious about being prepared, the Flat-Pac Response Kit below is a little more versatile. 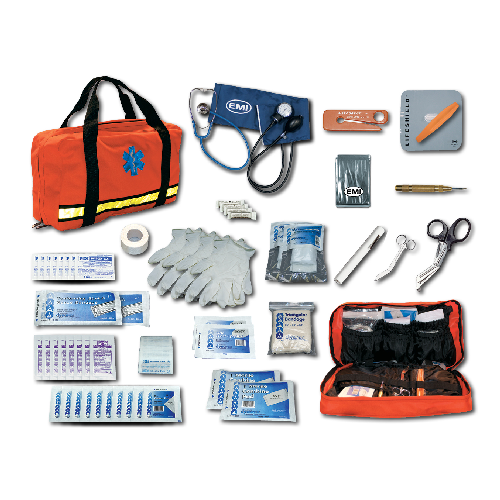 With pressure, gauze or whatever you have at your disposal do your best to stop the bleeding. The next step you would take would be to Start the Breathing. This is only of course if they are unconscious and not breathing at this point during the treatment. Once the bleeding has been stopped, a deprivation of oxygen is the next greatest risk to recovery. Humans need blood and oxygen and we tend to like them both at the same time to live. CPR would be the classically taught method to restart the breathing process and keep oxygen and blood flowing to the brain. You might think that CPR is easily done, but in a crisis scenario training is what matters. So if you have not been officially trained in CPR this is highly recommended.

The next step assuming you have stopped the bleeding and started the breathing would be to Protect the Wound. You want to prevent the wound from opening worse becoming littered with debris which would increase the risk for an infection. This is where having a more advanced med kit on hand is extremely valuable. The Mega Pro Response Complete kit below has just about everything you would need to treat some of the most severe open wounds. 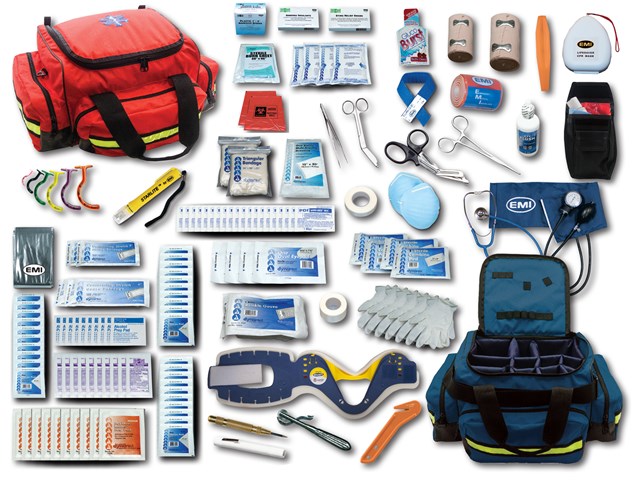 Finally, the last step is to treat the victim for shock. The loss of blood can cause the injured to go into a state of shock. It’s best to encourage them to lay down, raise their legs and keep them warm as you await trained medical personnel to arrive. The steps of: Stop the Bleeding, Start the Breathing, Protect the Wound and Treat for Shock are basic life saving steps anyone can learn. However, it will be the prepared who truly win the day when someone else is having their worst day. The med-kits we showed here are just a part of being prepared as knowledge and training will always be half the battle. Keep on the lookout for more courses and gear from DNA Tactical so that you are ready to help your fellow man or perhaps even yourself.