https://www.dnatactical.com/
Home » Blog » How to Choose A Hand-Held Light

How to Choose A Hand-Held Light 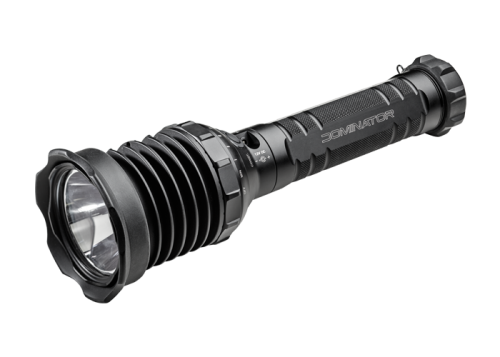 Whether you're an everyday man, a handyman, a policeman, or a military man – or woman – a high-quality light (or torch) should be a go-to part of your gear lineup.  Given the fact that darkness consumes between one-third and one-half of the entire day, having quick access to light can be crucial, even lifesaving.  Just think about how often you may use a flashlight at home for everyday tasks: power outages, scouring the attic, working in the garage, you name it.  These situations may not be life and death, but when it comes to tactical use a proper flashlight is more than just a tool for light.  Today, flashlights are more than a tool, but an extension to one's self-defense kit.  Hand-held lights have the capability to blind, break glass, pierce skin, maim, and otherwise deter a combatant.

Still, there's a flashlight for every use out there and what they're capable of doing has come a long way in the past decade or so.  There is no one-size fits all hands-free light and not all torches are designed for tactical or self-defense purposes.  It's important for every consumer to consider their individual needs and what it is they want to get out of a flashlight, aside from the illumination itself.  Keep in mind, that a flashlight is only good when its within reach.

There are several factors to consider when choosing a hand-held light, especially if you're looking for something to add to your everyday carry lineup.  We've compiled this brief guide and a listed a few of our favorite tactical and everyday torches here at DNA Tactical to help you decide what to look for in a quality flashlight.

A light's level of brightness is measured in lumens.  Lumens represent the intensity of the light emitted from the source in all directions.  This measurement does not represent  the variable focuses of the beam but instead the output of the bulb inside the lights default beam angle.  Lumens can range in number from around 20 – a run-of-the-mill budget light – to blindingly bright 3,000 lumens or more.  Today, pretty much lights are being made with LED bulbs, which are much more intense in brightness, impact resistant, and longer lasting – especially on low power settings – when compared to traditional bulbs.

Disposable - Disposable batteries are usually either alkaline or lithium-ion based.  They have upwards of a 10 year shelf life, are relatively inexpensive, and offer long runtimes for most torch models.  The replacement time for disposable batteries is subject to the amount and duration of use, but their low price points equates to the ability to keep more spares on hand.

Rechargeable - Most rechargable flashlights use nickel cadmium (NiCd), lithium ion, or nickel metal hydride (NiMH) batteries.  Torches using these types of batteries are generally more expensive, but the rechargeable capabilities of the batteries offer lower long-term operating costs.  With the higher price tag comes a brighter light and easy charging capabilities (usually micro-USB) with the tradeoff of an increased self-discharge rate when not in use.

As mentioned, most lights come in either flood light or spot light, or a combination of the two.  Additionally, every light is designed to channel light its light to a target area.  They're usually tested by the manufacturer to gauge the distance the light will cast.  The number of lumens will determine the output, or brightness, of a light, while the beam distance determines how far that output will reach to a given surface.

Most lights designed for tactical use are made of high-quality durable materials intended to take a beating.  Many of them undergo testing in the design process that involves dropping them on the ground six times from varying height levels (measured in meters).  This test is intended to determine if the light will maintain its functionality after repeated accidental drops by the everyday user.

The majority of hand-held lights also undergo waterproof testing on the IPX system.  Ratings from 1-4 on the IPX scale are suitable designed to withstand splashing and light rain.  From there, torches typically receive an IPX7 or IPX8 rating for complete submersion (after the impact test).  IPX7 models can withstand a temporary submersion in water at a depth of one meter for 30 minutes.  IPX8 lights can be submerged for up to four hours at the depth specified by the manufacturer.

Surefire is known for its top of the line torches, and the UDR Dominator is as close to that line as it gets.  It's a premium tactical light at a premium price, but rest assured you're getting what you pay for.  Measuring a hair shy of 12-inches in length, the UDR Dominator puts out an impressive 2,400 lumen LED light (on high) powered by its rechargeable Lithium-ion battery or twelve standard 123A disposables, which allow for optimum output.  On its lower setting the Dominator emits a mere 14 lumens of light that can shine consistently for nearly a day (22.75 hours).  In between its highest and lowest setting are options for seven other output modes ranging from 28 to 1275 lumens.

The Dominator is essentially a search light in handheld form and weighs just under 2.5 pounds with batteries loaded.  Thus, this hand-held torch is ideal for many military, police, border patrol, and maritime missions, or any instance where an intensely bright spotlight will keep the odds in your favor.  In addition to its nine brightness settings, this Surefire torch contains a strobe mode and has three pushbutton switches at the heat to opt between always on, momentary-on, and MaxBlast mode, allowing for maximum light output.  To keep track of its power, the Dominator also has a 3-color LED lit fuel gauge so you'll always know when it's time to recharge.

At a price point of well over a grand, the Dominator light lives up to its name both in light strength and overall durability.  The torch is O-ring and gasket sealed to repel water, dirt, and dust and is made of a military-spec, anodized aerospace aluminum rated for nearly any task and designed to withstand nearly any impact you put it through.  The light can be charged via 120V outlet or 12V accessory socket with the included DC adapter – no batteries need to be removed and no charging cradle is needed.  If you've ever wanted to know how a top of the line torch performs, the Dominator won't disappoint.

The 5.11 Tactical A.T.A.C. R1 Tactical is an affordable hand-held torch option for a variety of both professional and recreational lifestyles.  The R1 uses Cree LED technology to produce up to 339 lumens of bright, white light.  On its high setting, the light can run for three hours but the R1 really 'shines' on its low setting for up to 74 hours off a single charge.  The A.T.A.C. gives the user three light mode options: high, low, and strobe in addition to a momentary-on "boost" mode with a maximum burst of bright light with no added sound.

The light is made of aerospace grade aluminum and uses its Cree XP-GB LED backed by a regulated circuit that operates to ANSI FL1 standards.  That basically means its strong, bright, and up to tactical code.  Its both impact and water resistant to be used in the toughest of everyday outdoor and law enforcement and military applications.  The light is rechargeable and includes both AC and DC chargers and a charging cradle, but a dual CR123A battery back is also included, which will increase the lights overall brightness strength.  In essence, whether you're a backpacker, infantryman, waterman, or anything in between the 5.11 R1 Tactical will get the job done without breaking the bank.

Also known as the Sidekick, the Surefire Compact Pocket Light looks a little like an old-school cell phone or pager.  It's designed to be extremely compact and used for everyday carry for anyone looking for a pocket-friendly rechargeable LED torch.  It's built with an integrated split ring and designed to be small enough to be attached to a set of keys so you'll have access to a Surefire light wherever you go, and it'll always be on-hand in case of emergency.

The MaxVision beam is capable of emitting 300-lumens of light at up to 50 meters, allowing for easy navigation and illumination whether in a dark parking lot, at the campground, or around the house use.  The Sidekick also has a medium setting at 60 lumens and low setting at a mere 5 lumens, good for reading, close up tinkering without being blinding, or using outdoors in the pitch black without skewing your natural night vision.

The Compact Pocket Light is rechargeable via its micro-USB charging port and lithium ion battery.  The polymer body is lightweight, weather resistant, and child-friendly.  It comes in three colors (black, white, and pink) and is backed by SureFire's one-year guarantee.  With a simple but effective design and the SureFire stamp, the Sidekick is the true embodiment of an everyday carry compact hand-held light.

From lanterns to compacts and everyday carry to beastly tactical beams, there is no one-size fits all hand-held light.  The above are just a few examples of what we offer at DNA Tactical and we encourage doing your research before investing in a hand-held light you'll use everyday, whether you're spending a hundred bucks or over a grand.  A good torch is essential to any tool kit, everyday carry, or law enforcement gear and our full line of flashlights has something for every department and price range.