https://www.dnatactical.com/
Home » Blog » Your daily carry kit should include the ability to light up the night!

Your daily carry kit should include the ability to light up the night! 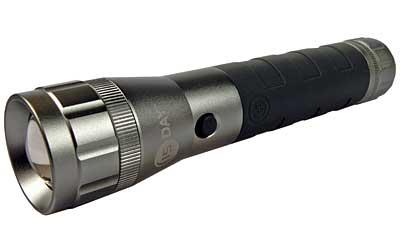 EDC: Every Day Carry. This means so much more than simply a concealable firearm, though that is the extent of what many people think. There are so many tools that we need access to every day other than a gun; in fact, our gun is likely the tool that we will reach for the least. So what is it that we need to have with us at all times in addition to a weapon? We have talked before about the importance and utility of a knife and some type of multi-tool. What else do we carry? A light source. DNA Tactical is the place to find the equipment and the advice to help you find the hand held lights that you need.

There was a time when we all thought of a flashlight as a large and clunky tool that had little battery life and even less power to illuminate. It was a long and heavy tool that had to hang from a belt with multiple, heavy, short-lived batteries. It was useless in the daytime and almost impossible (and definitely impractical) to carry every day. These behemoths weighed over five pounds and you never forgot that you were carrying one. But times have changed. There are lights that weigh less than one ounce (that is less than 1/80th the weight of what we used to need!) and are still brighter than what we grew up with.

A flashlight has multiple uses in addition to lighting up the night. For one thing, a light makes an excellent impact weapon. No matter whether the light is even functional as a light, it is still an effective weapon in this regard. And, as a self-defense tool, there are few more effective ways of dissuading an attacker than flashing a bright light in his eyes. No matter if it is in a dark or a light environment, a sudden blast of hundreds of lumens will blind an attacker for a few seconds. As anyone with any life defense training knows, earning a few seconds is equivalent to a lifetime when a violent and lethal encounter is imminent. While many of us train to stop an attack, keeping one from happening is a far better tactic. A bright light can keep an attacker from following through with his attack and can give you the time to leave the area quickly and safely. Carrying a light will not incite fear or really any reaction from those around you. Part of the reason why we conceal our handguns on our persons is so that they will not create reactions in people that we wish to avoid. A hand held light is visibly an innocuous tool; people will not fear nefarious intent from us nor will they single us out as a threat to their plans.

It's true that our cell phones can do many things well, including create a small amount of light, but they cannot compare to the power and versatility of an impact weapon that can dazzle an attacker into a stupor while also lighting up the day and night for days on end (try using your phone as a weapon or accessing its light quickly enough to save your life or shining it in a predator's eyes when your life is at stake or having that light run for day after day). Come to DNA Tactical and browse their selection of hand held lights. Talk to their experts about your needs and learn how they can suit the best equipment to your lifestyle and your carry gear. Protect yourself and your loved ones from the dangers of the night.