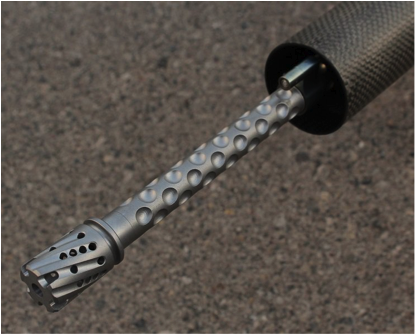 One of the most common modifications and enhancements to firearms on the market today are muzzle devices. In general terms, a "Muzzle Device" is simply a CNC-machined product that gets added to the end of the barrel or muzzle of a firearm in order to accomplish a specific task and come in many variations. A few objectives these devices try to enhance and accommodate for are:

Now that we clarified what these devices were designed & engineered to enhance as well as the different approaches taken, it becomes apparent what each device will actually do for a shooter when adding the modified muzzle device to a firearm. Next, we'll take a moment to cover all the different muzzle devices and describe essential objectives and expected functionality.

Compensators are devices that essentially channel and direct some of the escaping gases that trail after the bullet upward, creating a downward push on the barrel. They function as a filter and the main objective here is how it helps to reduce muzzle flip, always making it faster to reacquire your target, allow for a faster follow on the next shot and providing stability of the firearm all the while ensuring trigger control. 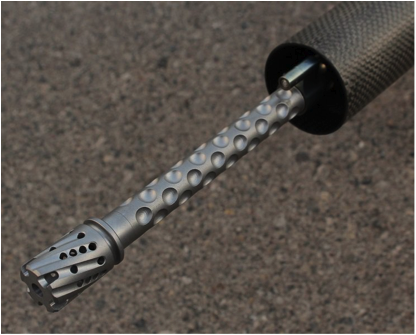 Also referred to as Flash Adapters, Flash Hiders or even Flash Guards, these devices usually consist of prongs that protrude forward to allow the excess powder from the shot to burn off in various methods that won't be as visibly bright as on traditional & basic muzzle devices. A common misconception to remember is most individuals have been lead to believe that this is done to try and suppress a shooters position when firing, but in reality, the main objective as intended for the military, was to decrease the visible flash for the shooter. This functionality will allow someone to operate more proficiently in darker environments (including night-time), providing advantages in low light areas all the while preventing the usual blinding of the shooter when one discharges with basic muzzle devices. Please note that this does not mean that a muzzle with a "flash suppressor" will help reduce the visible flash, preventing others from seeing it, an important factor to always consider! 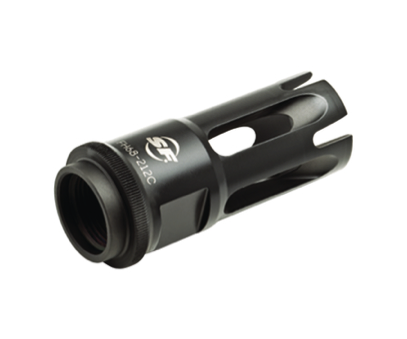 Similar in many ways to a compensator, a muzzle brake redirects the gases expended at the shot backwards, creating a forward style thrust on the firearm and helping to counteract the backward thrust from the shot itself. This translates in less felt recoil on the shooter. There is a very distinctive downside to many muzzle brakes however. Since a portion of the energy is being redirected from the muzzle back towards the shooter, a noticeable increase in the audible gunshot decibels is experienced by the shooter. However, with proper hearing protection, this is not something that creates any more discomfort to your ears than a regular gunshot would! 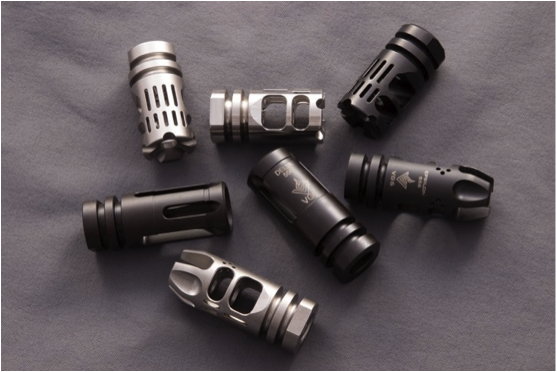 These devices, more often than not referred to as "Cans", are designed primarily to help reduce the decibels generated from the acoustic wave experienced from shooting & discharging a firearm. While many different manufacturer's and designs approach this with different methods, there is a distinct element that is accompanied with these devices. Since a suppressor needs to redirect gases many times over (most comparable to the way a muffler operates on an automobile), it encounters the same drawback of producing extreme amounts of heat. Suppressors get hot substantially faster than a normal barrel does and many of the modern designs focus on shapes that will maximize surface area in order to help cool down faster (similar in theory to cross-drilled rotors on automobiles).

Note that Suppressors are also commonly, but inaccurately, referred to as "silencers". However, if we think to our muffler analogy above, just as with a vehicle, you can significantly quiet an engine but never truly silence it! The same goes for firearm Suppressors, while they can help to drastically decrease the decibels of a shot, they cannot entirely silence them. 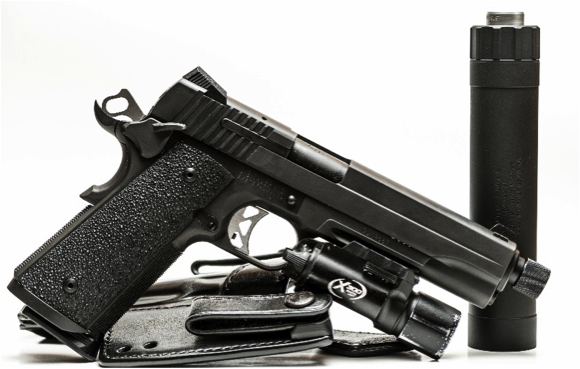 In many cases, a single device can be designed and engineered to try and serve for the multiple versions defined and described above. For example, there are "Muzzle Brakes" & "Compensators" that additionally try to decrease the amount of flash from the shot incorporating two (2) functions into one device. So the next question obviously becomes which one should be purchased? Well, if we simply try to think about the end results and the intended use for the firearm, then we can start to narrow the field of available and viable options. Ultimately though, it simply comes down to the fact of what one feels will work best and service those needs.

For example, if you add a muzzle brake to your firearm, the reduction and end result of felt recoil might make it more comfortable to shoot, but if there's ever the potential that one might need to use the firearm without hearing protection, then there may always be a higher risk of potentially damaging one's hearing with the increased amount of decibels being directed at the shooter. Perhaps one works in team elements, within a very close proximity where the directed gases might be incredibly uncomfortable for a team member standing close to the shooter? Maybe one works primarily in areas of low light and requires a flash suppressor to help maintain vision in the dark? Whatever the needs, consider and think about these key-points and elements as they address what one should be able to sort through to assist in making the right decision and commitment based on intended use.