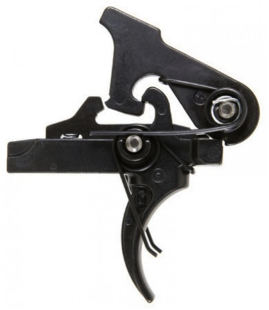 In recent years, rifles have become some of the most popular and sought-out firearms in America. Countless variations have been introduced, from fluctuations in manifolds to innovative modifications evolving elements in design and functionality to augment activities such as hunting, competition and self-defense. Unfortunately, the advances in technology and innovation integrated failed to evolve the traditional issues with stock triggers, demanding shooters to search for solutions. These poorly designed triggers traditionally lack accuracy and shooters have to constantly compensate for trigger control. When considering a new trigger for a firearm, challenges tend to arise as there are a wide variety of different options to choose from (i.e. drop-in, set, screw-fitted and even welded triggers). Another common element to consider is single stage triggers vs. two stage triggers, but what's the difference between the two? Let's take a moment and explore this in further detail!

Let's begin with examining the different phases involved in a "trigger-press". When pressing the trigger, it ventures through three phases (Creep or Take-Up, Break and Over-Travel) in relation to how the trigger reacts with what's known as the sear group. These phases permit the shot to "break" (when the sear group releases the firing mechanism in order to engage the firing pin and discharge the round).

Phase one is always the distance traveled (if any) before the trigger reaches the point where it's about to break the shot, referred to as either the "creep" or "take-up". We'll cover this in more depth shortly. The second phase is always the distance where the shot actually "breaks" (the firearm is discharged). The third phase (in traditional triggers) is the distance traveled on the press after the shot has discharged, technically the end of the trigger's rearward range of movement and referred to as "over travel".

Phase two, better known as the "break", is very easy to define and quick to comprehend. Regardless of what trigger you are using, eventually it has to "break" the shot, so the only relevance here is how much pressure you need to apply to the trigger in order for it to complete this phase of the trigger press.

Phase three, known and referred to as "over travel", is usually very minimal in terms of traveled distance and pressure needed and ultimately, doesn't hold much relevance as it pertains to understanding the key elements of single stage vs. two stage triggers.

So, let's get into the real key points of a Single Stage vs. Two Stage trigger systems. Let's back-track to phase one for a moment and explore the trigger press yet again. A single stage trigger basically means there is one-single amount of pressure that will be needed in order to move the trigger through all the motions of the trigger press and in most cases, the first phase is practically non-existent. In order to completely understand this function, we need to dig further and elaborate a few more elements.

What is "creep"? Creep is an action that occurs in phase one of a trigger press, when pressure is applied and the trigger begins moving (always before the break and discharge). For most shooters, creep is not a desired function. Most stock triggers commonly found in modern rifles administer "creep", making it extremely difficult for most shooters to know exactly where the "break" point is once they've reached it. This one shortcoming alone provides single stage triggers with advantage, eliminating any pressure needed to travel the trigger until the "break" point is reached. Important side note, when no pressure or resistance occurs in travel prior to the break point, this distance often becomes known as "slack".

Moving forward, let's transition now in understanding "take-up". Very similar in theory to "creep" in the sense that it's the distance traveled before reaching the breaking point, the key difference here is that "take-up" is done intentionally. Best example of "take-up" in a single stage trigger would be a double action pistol in which you are pressing back on the trigger for the vast majority of the press. Very seldom though can the shooter actually feel the "break" point when the hammer is released forward. 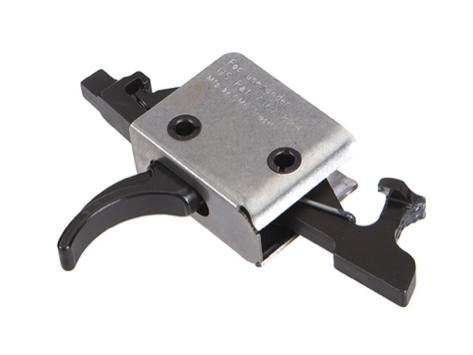 Now that we've ran through some of the important elements and have a better understanding, let's take a moment and address some of the real elements between Single Stage vs. Two Stage trigger systems. A single stage trigger simply means there is one fixed measure of pressure that is fused into the trigger in order to function accurately. On the other hand, a two stage trigger has a built in and distinctive "take-up" fused into the system. The first phase of a two stage trigger mechanism is the press itself, a certain amount of pressure (usually not much), is required creating a very distinct feeling leading into the second phase. This distinct feeling allows the shooter to know exactly the precise point where the break is about to occur. The amount of pressure required to complete the second phase is almost always more than the first phase, allowing the shooter to know instantly when they've reached the trigger "break" point.

Which one is better? Which one is more advantageous? Which one should be purchased? Well, let's first consider that not every firearm has the option of a two stage trigger. Secondly, many single stage triggers will still have a noticeable "break" point that can be felt by the shooter, but they may require more pressure to reach this point then their two stage counterparts. Considering this, some people tend to believe a two stage trigger will make someone a better shooter! Commonly mistaken and what always needs to be considered, a two stage trigger can help a good shooter become better!

This doesn't mean that a two stage trigger might not be a good option for a beginner or novice shooter. In fact, someone who wishes to become more proficient in shooting might consider investing into a two stage trigger. This might be exactly what is needed to help them perfect the elements of a good trigger press in terms of knowing where the break point is and how best to use it for an accurate shot.

In conclusion, when selecting a trigger, take some time to determine exactly what you want to achieve first. There are a great many single stage triggers that are absolute top quality and will drastically increase the way the shot feels. On the other hand, a good two stage trigger might be exactly what is needed to elevate confidence and develop a complete trigger control. The best thing to do is to try out a few variations and then make the determination of what will work best for you on your firearm. 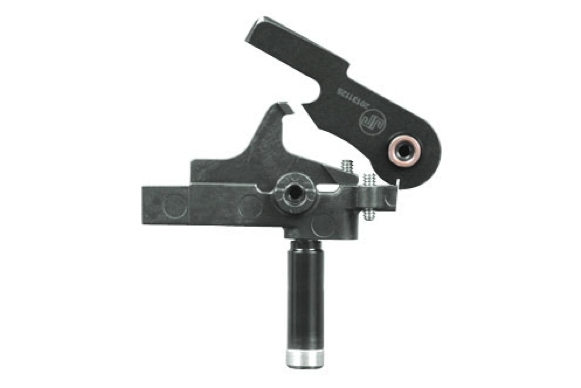