Ammunition can seem overly complicated to the novice or even the semi-experienced shooter. There are a few terms and concepts that people should probably be familiar with before selecting or committing to ammunition. There are literally complete encyclopedia sets written on this topic, but for the sake of limited time and an ability to fit within a few pages, the DNA Tactical Team will attempt to break things down into simplified and manageable segments in order to classify different forms of ammunition and their optimized use. 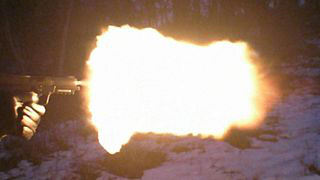 The barrel length of a firearm directly coincides with the effectiveness of the bullet. Basically, the powder charge in a cartridge doesn't just explode all at once. Actually it doesn't explode at all, it is a rapid, controlled combustion. When the primer ignites the powder, it begins to burn rapidly which causes hot gases to expand outward. The chamber and barrel work together to contain the expanding pressure and channel it in one direction, towards the muzzle. The bullet is then pushed down the barrel by these expanding gases, so the longer the barrel (generally), more of the powder gets to burn before the bullet exits the muzzle. If the barrel of a weapon is short, not all of the powder is burned prior to the bullet exiting the muzzle. Upon exiting the barrel, the remaining unburned powder continues to burn and this is what causes "muzzle flash". In addition, different powders burn in different colors and at different speeds. Due to the limited time and space constraints, this post is not going into full detail about other elements such as rifling, chamber pressure, etc. 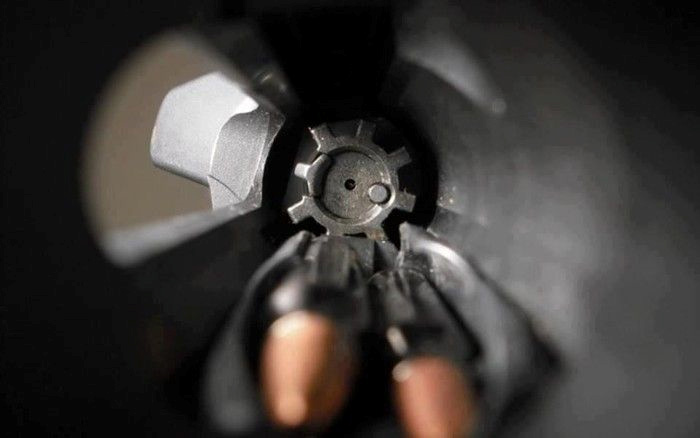 An example where this might be an important consideration, would be if a shooter was considering utilizing +P ammunition (explained below) in a short barrel handgun. With the additional powder in the casing, there will be an excess of unburned powder exiting the barrel behind the bullet, creating a much larger muzzle flash. Another example of this would be, if a shooter decides on using a specific type of hollow point ammo for personal defense (heavier match grade), with the consideration the bullet will require to reach a specific velocity before it's effectively capable of expanding properly. If the bullet leaves the barrel before it reaches the optimal velocity, there is a risk of it failing to do what it was designed for, negating the effectiveness and the point of using that ammo to begin with. 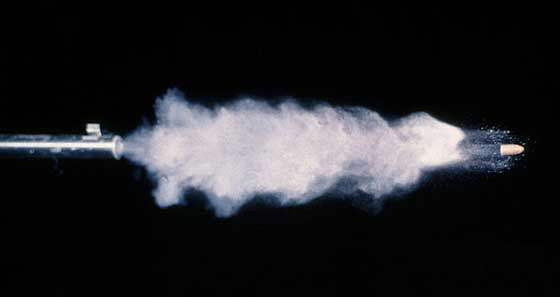 *Note - Please refer to your firearms "User's Manual" that is usually included with your purchase of your new firearm. If you don't have one, contact the manufacturer or download a version online. Your manual will help you to identify the manufacturer's specific guidelines for the proper ammunition recommended, laboratory tested and approved for your specific firearm make & model. If you are considering utilizing a different brand, load, or type of ammunition than the manufacturer's recommended & approved ammo, then you need to accept the responsibility of conducting your own research for intended ammunition completely. Employing the wrong brand, load, or type of ammunition can cause severe complications with engaging the sequence of fire; such as feeding issues, firearm malfunctions, discharge problems and other severe consequences, which can result in serious injury, damage to property, or even DEATH.

While there are only a few dozen bullet calibers in common use today, there are literally thousands of variations available. Rather than attempting to go into full detail, please refer to your firearm's user manual which will provide you a list of recommended ammunition you can confidently and safely fire.

In conclusion, here are some of the most common terms pertaining to ammunition:

FMJ ‑ Full Metal Jacket, basically a lead bullet that is encased in a copper jacket (thin coating), covering the tip.

"Ball" ‑ Ball ammunition usually pertains to a FMJ that meets established standards to be rated at "MilSpec" or military specification. They have specific requirements that the bullet must meet from standardized barrels specific to the caliber being tested.

TMJ ‑ Total Metal Jacket, which means that the ENTIRE bullet is covered with a copper jacket, unlike a FMJ which leaves the back end of the bullet uncovered.

SP ‑ Soft Point; this bullet has a jacket that covers most of the bullet but stops at the tip, leaving the lead core exposed at the nose.

HP ‑ Hollow Point; has a small cavity formed into the tip of the bullet. Effectively eliminating the "tip", a concave or bowl shaped indentation to the bullet.

JHP ‑ Jacketed Hollow Point; same as a Hollow Point, but there is a copper Jacket around the exterior of the bullet similar to a SP, but instead of a lead point there is a hollow cavity.

BT ‑ Boat Tail, this means that the butt end of the bullet has been tapered off. This makes the shape of the bullet more like an oval or football than a cone, increasing stability over longer distances.

Grain ‑ Basic form of measuring the weight of the bullet itself in smaller caliber firearms. There are approximately 15.43 grains in 1 gram. 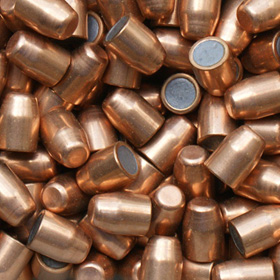 +P ‑ This is a marking that identifies a particular cartridge that has been filled with a charge that is on average around 5% to 10% more than a standard factory load of the same caliber, but can vary between different manufacturers and calibers. 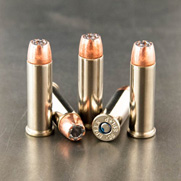 +P+ ‑This is a marking that identifies a particular cartridge that has been filled with a charge that averages 15% to 20% higher than a standard factory load, but again can vary between different manufacturers and calibers.

Magnum ‑ A magnum version of a bullet has an altered case that differs from similar calibers, to allow for a more powerful charge to be loaded. The key difference here between a magnum and a +p rating is the overall size of the cartridge, for a +p or +p+ hasn't been altered unlike the magnum. A magnum round has a larger and thicker casing then a standard round in the same caliber, which enables it to achieve higher pressure without rupturing.